Behind Marvel's Guardians of the Galaxy Music 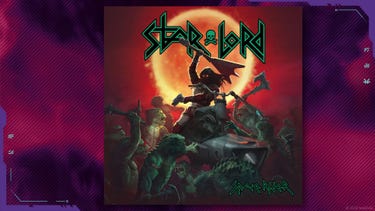 Join Steve Szczepkowski, Senior Audio Director at Eidos-Montréal, as he details the essential role music is playing in Marvel’s Guardians of the Galaxy. Let’s flarkin’ rock!

We teamed up with BAFTA-nominated composer Richard Jacques to arrange the score of the game, which will give you all the feels, ranging from heroic to deeply emotional. Close to 6 hours of music were recorded at Abbey Road Studios, and they blend seamlessly with every other music piece of the game.

As Steve adds, we had a blast selecting licensed rock and pop tracks for Marvel’s Guardians of the Galaxy, and players will be delighted to lead the Guardians to the sounds of Iron Maiden, KISS, New Kids On The Block, Rick Astley, Hot Chocolate and many more.

We even took beloved ‘80s tracks to another level, as some of them play a crucial role within gameplay. Our unique Huddle feature has players choosing between songs on Star-Lord’s Cassette Player during combat, a fun and unexpected way to enhance your fellow Guardians’ fighting abilities.

Finally, when he learned that in our narrative, Peter Quill gets his name from his favourite band called Star-Lord, Steve went above and beyond. He ended up creating a completely original rock album called Space Rider, by the band Star-Lord. The perfect soundtrack to your wild ride across the galaxy.