Unveiling Out of This World Concept Art

Can’t wait to explore the galaxy? Here’s a sneak peek at some breathtaking environments our team designed! This is just a taste of what you will get to discover as Star-Lord, as you hop from one planet to another with the Guardians, trying to save the universe.

Welcome to Seknarf Nine, home planet of Lady Hellbender! Legends say that its weather is controlled by the temperament of its ruler. At least, that’s what Drax has heard.

The Quarantine Zone is a gigantic war junkyard in space. This is where our story begins, and where a crazy bet between Star-Lord and Rocket set in motion a chain of events that will put the fate of the universe in jeopardy.

This is the entry of The Rock, an asteroid used by the Nova Corps – a galactic militia - as their military base. The Guardians and Nova Corps have kind of a love/hate relationship. (Mostly hate)

Lady Hellbender’s fortress on Seknarf Nine. Reputed for being impregnable, it is where she fosters her collection of monsters. Its atypical architecture stands out in the middle of the stormy and desolated lands of this planet.

Star-Lord and Rocket are standing in the caves of... Oh, we’re not saying which planet it is yet! 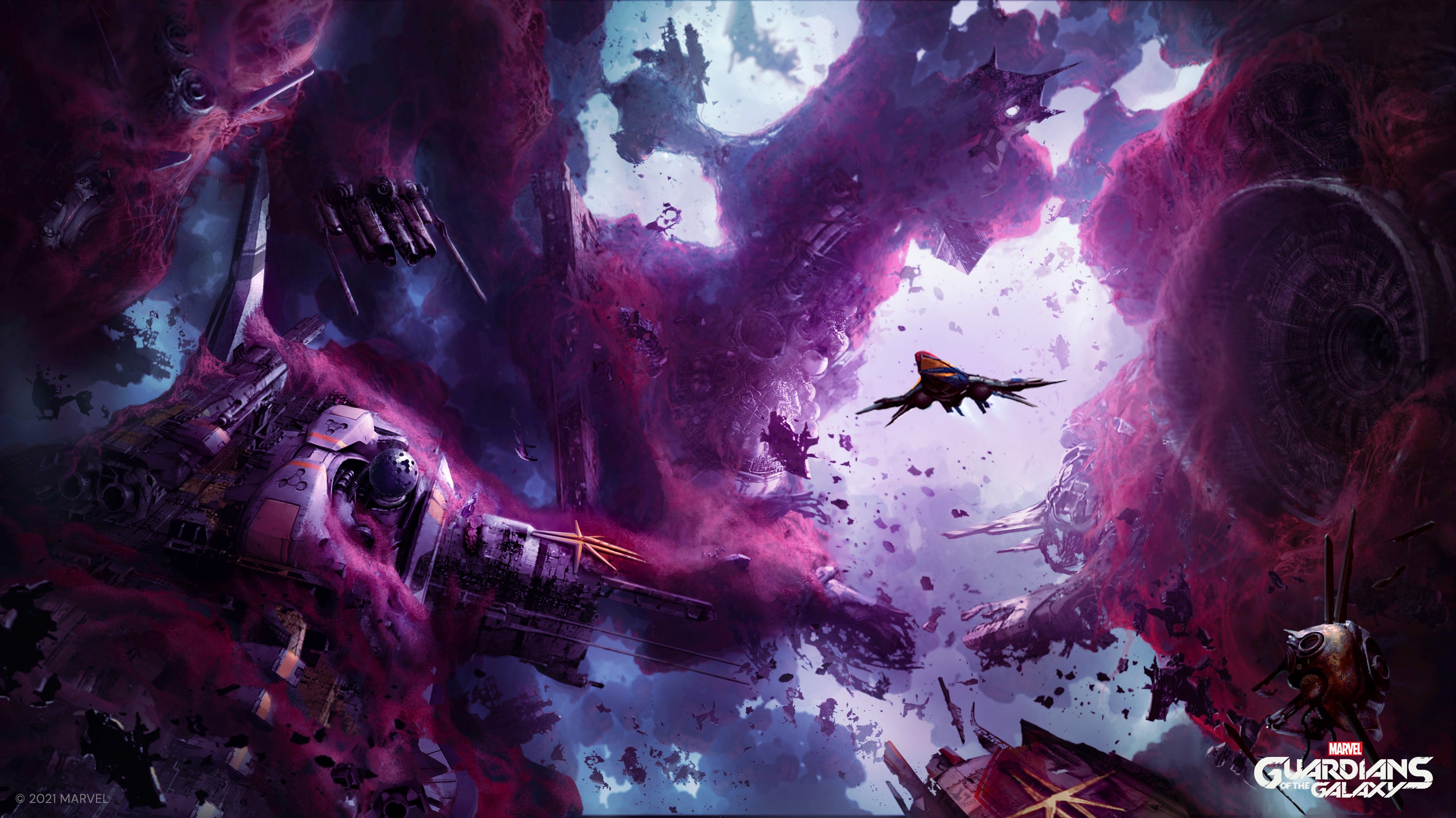 The Milano is flying in the middle of the Quarantine Zone, surrounded by floating debris from obliterated ships of the Galactic War.

Groot is walking below the surface of Seknarf Nine, under giant vegetal arches and growth. Groot is tall, but the flora is even taller on this planet.

Pre-order Marvel's Guardians of the Galaxy to obtain an early unlock of the Throwback Guardians Outfit Pack. Coming October 26, 2021 to PS4, PS5, Xbox One, Xbox Series X|S and PC, as well as a Cloud Version for Nintendo Switch.